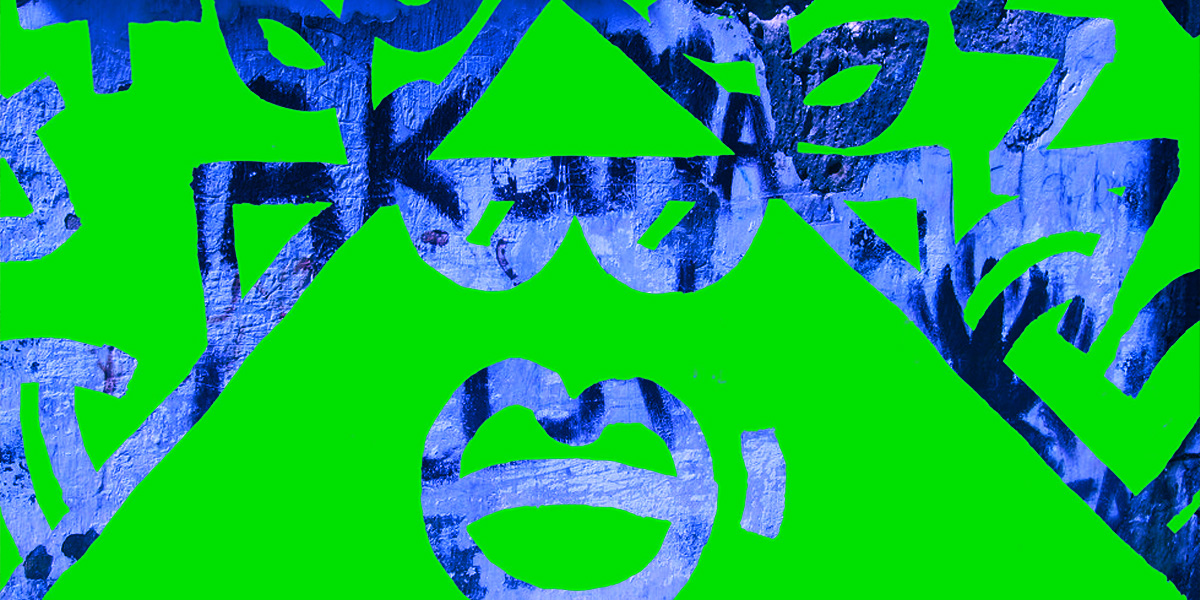 One of my favourite records of 2017 was Sounds of Sisso, released by Ugandan label Nyege Nyege Tapes. The record brought the most prominent collective of underground hip-hop in Tanzania’s capital of Dar es Salaam (Sisso Records) to a much broader audience. This unique sub-genre of hip-hop, called singeli, blends live percussion, club music, rap and dancehall into an uber-fast take on the genre. Nyege Nyege Tapes has been vital in bringing excellent local music from Uganda and Tanzania to a global audience. In 2018, the founder of Nyege Nyege Tapes launched a new label, Hakuna Kulala. This smaller label shifts the focus from Uganada and Tanzania to nearby Kenya. They released a spate of EPs from East and South-African artists in 2018 that continue the vital work of Nyege Nyege Tapes, but shift the focus to other regions of the continent. What is really captivating, to me at least, about the Hakuna Kulala releases from 2018 is the way that they showcase the fusion and influence of traditional forms of music with contemporary hip-hop and electronic music.

Before delving into the exciting EPs released by Hakuna Kulala, I want to take a moment to look at a similar move made by Nyege Nyege Tapes in 2018. Towards the end of September, Nyege Nyege Tapes released Kadodi, an album of music by Robert Mugamba’s Domandana Kadodi Performers. Mugamba has spent a decade and a half playing on the streets of Mbale with his Performers, creating music that their record label describes as a, “bristling frenzy of polymetric percussion with hypnotic intensity.” The first half of the record is truly breath-taking and features the tradition-inspired music that Mugamba and his Performers have spent years playing. Derived from the music used in coming-of-age ceremonies “intended to induce initiates to a trance state, readying them to transcend from boyhood (basinde) into men (basani).” The first side of the record is a truly fascinating sample of the street music scene of Mbale, and I highly recommend it.

The second half of the record is devoted to the “electronic reinterpretation of Kadodi music” and features tracks by popular East-African producers Sun C and Bamba Pana. On his track, Sun C, a fellow Mbale native, certainly channels the vibe of Kadodi in the frantic pace and unrelenting tempo of the percussion. The two sides of the disc, however, feel quite disconnected, with the first side, featuring Mugamba and his Performers, acting to demonstrate a musical antecedent to contemporary Ugandan club music, rather than a revival, re-imagining or homage. To me it is reminiscent of adding the post-ragtime compositions of Jelly Roll Morton as an A-side to a Miles Davis record as a demonstration of the importance of ragtime and early jazz to the work of Miles (particularly the importance of elements like syncopation and tresillo). Interesting? Certainly. Valuable? No doubt. Something that now that I’m thinking of I may write on in the future? Not unlikely. But its not quite the revolutionary fusion of the two styles or genres the press release promised.

The Satellite Stares Back

In steps the slew of short EPs released by Hakuna Kulala throughout the second half of 2018. Featuring a range of artists from East Africa (mostly Kenya) and the DRC, each of the releases features an artist who is not only indebted to their sonic predecessors or traditions, but artists who actively engage with those traditions and self-consciously manipulate, disrupt, recreate, and repurpose them.

In “Death of a Discipline,” Gayatri Spivak famously critiqued the one-way communication of globalism:

In spite of the fact that the effects of globalization can be felt all over the world, that there are satellite dishes in Nepalese villages, the opposite is never true. The everyday cultural detail, condition and effect of sedimented cultural idiom, does not come up into satellite country. (16)

This has often held true for the music usually marketed under the dubious genre tag of “Global.” In most cases, a glimpse into a traditional form of music from the Global South is offered to Western audiences as an anomaly, while Western music and culture penetrates the zeitgeist on a global scale. Relegating music to a distinct and nebulous “Global” genre ensures that there is no interplay, communication or cross-pollination between its concrete works and living, growing cultural production.

During my brief time in Tanzania, I was continuously struck by the prevalence of iPhones. Despite them not actually working with the local telecommunications companies, they were mentioned constantly in the music and films that I saw while I was there. I asked a Tanzanian friend (and local rapper) about it and he explained that he felt it had a dual purpose: familiarity with Western media and cultural production (as well as religion, but that’s a post for a different time) was a status symbol, but it also indicated their attempts to reach a broader audience. He dreamed of visiting the US and performing at stadiums there, and therefore shaped his music around appealing to that idiom as it was filtered to him through the global dissemination of Western cultural production and materialism.

What I love about Nyege Nyege Tapes and Hakuna Kulala is that their music demonstrates a conversation between the West and African musical forms. Aided also, certainly, by the ever-growing availability of reliable Internet, many of the releases on Hakuna Kulala not only demonstrate artists playing with and re-visiting traditional forms of African music, but it demonstrates them self-consciously engaging in the manipulation and re-purposing of tropes and forms of Western music (particularly European). That may sound a little overly utopic (it is!) of me, but I think labels that empower local artists to express themselves and share their voice and music on their own terms is a step in the right direction. In addition, digital distribution models help allow artists to be compensated for their art regardless of their ability to produce or ship physical CDs or records.

To illustrate my point, I want to take an in-depth look at two of the records released by Hakuna Kulala last year: Rey Sapienz’s Hakuna Ku Lala and Debmaster’s Crocodiles Homieees.

The Mutation of Soukous

Hakuna Kulala’s first release was the debut EP of Congolese artist Rey Sapienz. Rey Sapienz’s EP features his take on the resurgent soukous genre, initially made popular in the Congo Basin in the 1960’s. The original form of soukous was derived from the Congolese rumba with its name coming from the French secouer (to shake). The genre spread and gained popularity in France in the 1980’s.

A new form of the genre (see also: the above video), soukous ndombolo became popular in the Congo and other parts of Africa in the early 2000’s. The new version features a sped-up tempo and is characterized most often by the kwassa kwassa dance which features the shaking of the hips with simultaneous hand movements. There have also been attempts to ban it for obscenity in the DRC, Kenya, Mali, and Cameroon.

What I love about the Rey Sapienz EP is the way it blends elements of contemporary East-African underground club music and dancehall with the familiar rhythms of soukous and the darker sounds of European electronic music. On “Eya Eya 6600 volt” for example, the traditional rhythms of soukous and rumba are immediately recognizable in the percussion, but it is blended with layers of other sounds, both familiar and otherworldly. As the press release for the EP puts it: “soukous guitars and whistles [are] weirdly spun out with distant, rattling percussion” to sound “like at least two different tracks playing at once.” On “Hakuna Ku Lala F” the dancehall and hip-hop influence is even more noticeable, but all once more layered on the familiar rhythms and looping drums of soukous.

Debmaster’s excellent EP Crocodiles Homieees, features the repurposing, remixing and transforming of “African field recordings from Kampala’s Boutiq Studio’s archives.” The press release for the EP describes its sounds as “bass-driven hip hop and deep fried electronics [which] mak[e] great use of pygmy music samples.” Specifically, Debmaster uses recordings of the BaBenzélé tribe of the Central African Republic and their distinctive form of whistle-singing called hindewhu.

Hindewhu, along with liquindi, make up the major forms of so-called “pygmy music.” Though there are no obvious examples of liquindi samples on Crocodiles Homieees, I nonetheless wanted to mention it. Crocodiles also features several aquatic samples and splashing sounds which may be allusions to liquindi. Liquindi is a form of water drumming traditionally performed by women and girls in many tribes in Central Africa.

Oftentimes, liquindi music is improvised, making the collaboration all the more impressive. You will also notice from the embedded video that the water is disturbed before beginning, which adds emphasis to the rhythmic drumming on its surface. One more feature that I find particularly interesting is that the drumming happens not only from slapping the surface of the water, but also by bringing the hands up from beneath the water.

Of more obvious relevance to Debmaster’s EP is hindewhu music. A combination of singing and whistling, hindewhu music features a vocalist accompanied by a whistle which plays a single note, traditionally made from the stem of a papaya. Hindewhu music has long fascinated a global audience and is perhaps best known for percussionist Bill Summers imitation of the style on Herbie Hancock’s famous “Watermelon Man.”

Each track of Debmaster’s Crocodile Homieees EP features reworkings of hindewhu recordings as well as other recordings of the BaBenzélé tribe’s music. Hindewhu music forms the rhythmic and structural backbone for each track, though sonically they veer all over the spectrum of electronic music. The distinctive style of hindewhu is unmistakeable on “1av2” yet it somehow becomes something totally different when mixed with Debmaster’s electronic composition, described by the label as “super alien gasps in ghetto pressure.” What makes the track, and this EP, of particular interest though, is that the hindewhu samples are not merely layered on-top or mixed in to an already existing track, but instead provide its rhythm, texture, and atmosphere.

The EPs first track “Space Tribe” uses several layers of hindewhu vocals, which fade into and out of the track. The beat is marked by the distinctive sound of the whistle, while the singing is pitch-shifted and mixed with other vocal samples to form the sound of intergalactic hip-hop.

The experimentation and reinvention of traditional forms of music and genre conventions continues throughout the rest of the EPs released last year by Hakuna Kulala.